What Is Satellite Internet

This internet is provided in three main parts: the geostationary satellite that is in orbit around the Earth, the receiving satellite dish and the modem used to connect to the PC. The internet signals are transmitted between these three parts. The satellite bounces the signal onto the internet service provider’s center, which is a private connection to the internet. The use of satellite internet is prevalent in rural areas where there are no other connectivity options.

What Is Fixed Wireless Internet

One form of a broadband-based internet connection makes use of radio signals in place of satellite signals to connect. The signals are not transmitted into space: they are bounced to the ISP’s local tower (Ground Station) and from them to antenna’s which are placed on roofs. These signals then travel from the antenna to the modem and then the router from where they are used by internet-connected devices. The router turns these signals into CAT5 or Wi-Fi connections.

Users can choose from wired or wireless routers, a wired one is directly connected to the computer while a wireless router connects to a modem and numerous devices can connect simultaneously.

Some of the more common comparison points are as below:

The fixed wireless internet tends to cost anywhere between $60 to $120. The prices depend on the ISP as well as the speed, which has been selected. Different ISP’s have been offered when purchasing fixed wireless internet. There are currently only two satellite-based internet service providers in America: Viasat and HughesNet. The prices for both of them range from a low of US$ 50 to US$ 150. The additional prices that are incurred can begin from $100 to $850 for the satellite dish, $100 for activation, and $15 for monthly rent.

Satellite internet is more expensive as well as highly prone to interference from weather changes. The signals need to be communicated into space! It is highly disturbing when there is cloudy overcast or stormy weather. High winds, snowfall, rainfall, as well as lightning tend to affect the satellite’s signal receptions. Moisture in the air also tends to weaken the satellite’s signals. The wireless internet’s ground stations are placed on Earth. They are also placed close to locations as well results in the signals having to travel shorter distances as compared to satellite signals. Therefore, these are not impacted by weather conditions. Fixed wireless internet is cheaper and remains un-impacted by the weather.

The amount of time that is required for a signal to move across with information is called latency. The latency for satellite internet is very high since it has to travel to space and then go to three other stops and has impacts from external factors such as the weather. As opposed to these, fixed wireless signals tend to have barely any form of delay due to the closeness of the ground stations to the house. Users, which have fixed wireless connections, tend to enjoy a faster and better internet connection.

But For example, HughesNet Satellite Internet is one of the very few Satellite connections that work well outside the city and in the outskirts.

The use of data caps is in place to limit the amount of data that is used by the customer. Anything above this usage will be charged additionally. This cap can be in the form of speed caps or usage caps. Most of the ISP’s have different caps on different packages. Usually, the cap with satellite internet for unlimited data plans is around 150 GB after which the customer is not charged extra but the internet connectivity is significantly slowed down. On the other hand, fixed wireless ISP’s do not have any data caps when discussing their unlimited data usage packages. Since there is no limit, there are no charges or slowdown in the net during the service usage.

The main benefits of using fixed wireless internet are that it is cheaper, faster as well as free from any form of data caps while also facing much fewer disturbances. Thus making the final verdict clear. However, do keep your location and usage in check when deciding on one option, in the end, to save yourself from future costs or regrets. Because if you are not in the city, then the only bets option would be to go for satellite internet options. 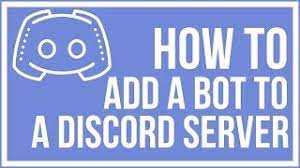