Blue Screen of Death is a stop error or exception error displayed on Windows computer after a fatal system error. This error indicates system crash. The system where this error is reached could not perform the way it functions.

You might encounter the Blue Screen of Death, commonly referred to as BSOD on your Windows. Now, it’s changed its color to black. This color of Death exists in Windows 11’s first Insider Preview build released last week.

This is a first major change to the error screen since 2012 when a sad face was added to Windows 8. This error screen was implemented so as to identity any critical issues and systems failures and look at them with an ease.

As per speculations from The Verge, Microsoft is soon making the Black Screen of Death by replacing the old Blue Screen. The blue screen is a fearer for users and a sign that something wrong is happening with the system.

It is likely that Microsoft is trying to give a specific color to the system pages. This is because the shutdown and restart screens are now showing black background too. Although, the Windows Insiders are not showing Black Screen, the final release of Windows may show Black screen of Death.

At present, no any updates regarding this change has been given from the official. We are keeping an eye on any hint and expecting that it will be soon around. What do you think? Is there any change in color we are seeing on BSODs? Share what you think with us from the comment below. 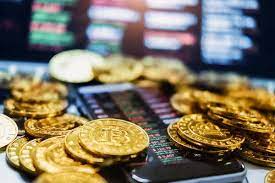