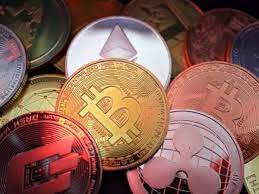 We all know people of India have a tradition of spending on gold. So, it is surprising seeing that they found their new obsession in the form of cryptocurrency.

Chainalysis’ statistics support the previous statement that shows how investment in crypotcurreny in the country grew to $40 billion from $200 in the past year.

India is now the top in the holders of yellow metal – 25, 000 tonnes – invested billions in cryptocurrency.  This surge in investments is even when there is aversion towards digital currency from RBI.

In 2018, Reserve Bank of India (RBI) banned the support for cryptocurrency transactions after seeing various cases of digital currency frauds.

The Supreme Court, the custodian of the Indian constitution, stuck this ban on 2020 in the month of March. The central bank was then promoted to notify that the earlier order has been reverted.

Despite of this, many investors moved to crypto. The example is a 32 year old entrepreneur Richi Sood, who had put over $13, 400 in Bitcoin, Dogecoin and Ether in December. In the month of February, when the Bitcoin crossed $50, 000, she did the cash out.

Like Sood, over 15 millions of Indians are buying and selling digital coins. It has surpassed the U.K’s 2.3 million and catching up with the US’ 23 million.

The biggest barrier is the regulatory uncertainty. While Supreme court quashed the RBI’s 2018 orders, authorizes have not shown any sign of embracing crptocurrencies.

Taxation rules for cryptocurreny are also a concern for many investors. One such investors showed their worried about retrospective tax and raids. On sharing their thought to a news website, if the ban is imposed, he would have to trade to an offshore account in a Singaporean bank.